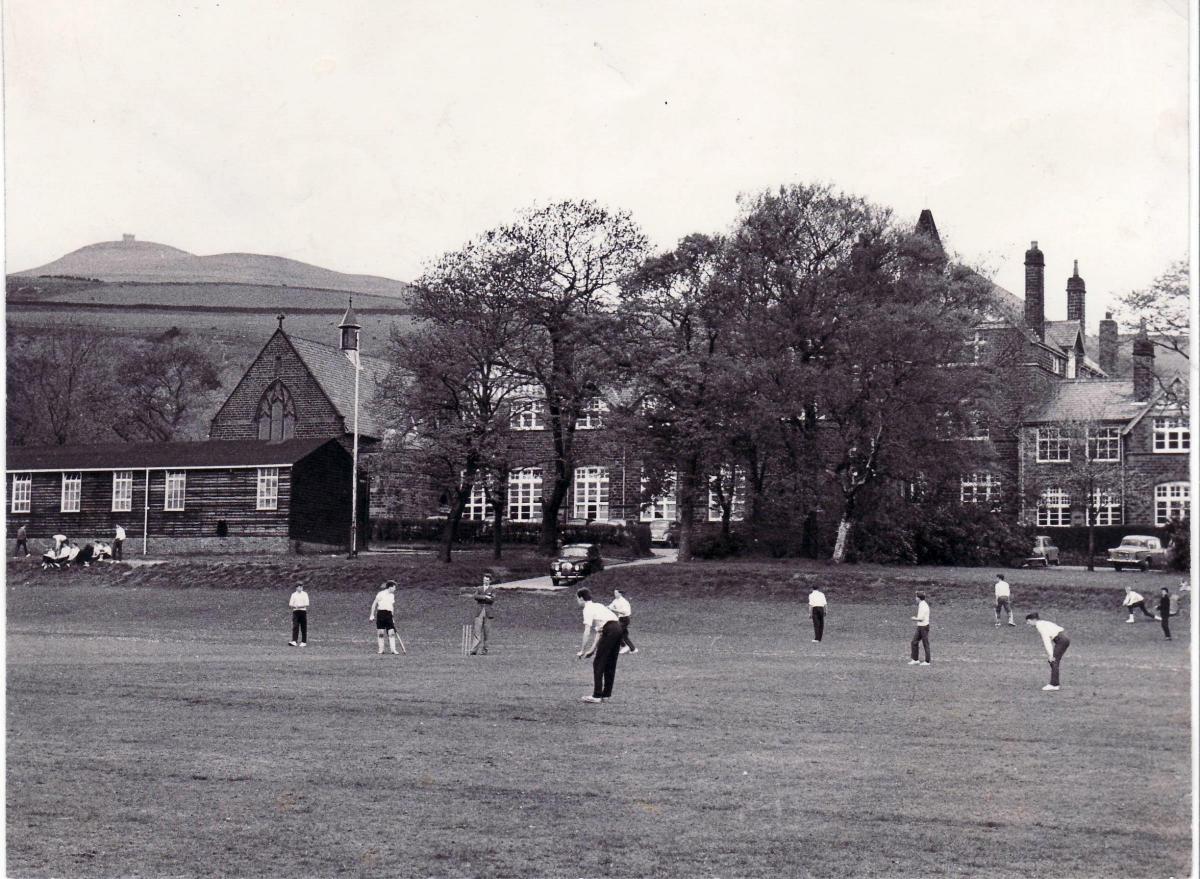 'Once a Riv always a Riv’ – A simple phrase that reflects the impact our school has had on all those who have walked its corridors and says so much about the character of the people who make up the Rivington and Blackrod school family.

We are fortunate to have such a beautiful looking school. However, it is now, and always has been, the people who make our school special. Generations of pupils talk of a ‘family spirit’ founded on solid relationships and outstanding care, guidance and support. This spirit is the constant that links our current school community of around 1900 pupils and 240 staff with much smaller school roles in times gone by.

There is no future without a past, and so below is a chronological history of Rivington and Blackrod High School. We hope that you are touched by our school and enjoy finding out more about us.

Only a few former pupil associations in the country have a longer continuous history than Old Rivingtonians Association, founded in 1904. With a membership in excess of 200, it embraces pupils from both the former grammar school and the High School.

Its aims are to:
• perpetuate the memory of what was, and is, a remarkable school
• foster continued and new friendships among former pupils
• support the aims and welfare of the school
• support local charities

The year's main events are an Annual Reunion Weekend comprising a dinner dance on the Friday or Saturday evening and a Service in the School Chapel on Sunday. In addition to this, there are two social events each year, and the proceeds are given to charity or used to further the material welfare of the school. In recent years, two new stained glass windows have been commissioned and installed in the school chapel, in memory of a former Headmaster and the Association itself.

In 2011, the Former President of the Old Rivingtonians Association launched a book called 'Rivington Reflections' sharing nostalgic photographs of school life from the 1920s to the 1970s.

Following the success of the book (two sold out editions and a third contemplated), the Old Rivingtonians launched a calendar in 2015 comprising 12 local scenes, painted by seven former pupils at Rivington from the 1920s to the 1980s, and a booklet entitled 'Multum in Parvo', which tells the full and fascinating story of the school's lovely chapel (dedicated in 1892).

This further complemented the school's WWI project, 'Rivington Remembers'. The nett proceeds from the calendar were used to support the Association's President's Charity Fund (the project to build a new teenage oncology unit at The Christie Hospital), whilst the proceeds from the chapel history publication benefited school funds and the Charity fund in equal measure.

Further details on both publications can be obtained from Old Rivingtonians committee member, David Kaye on email at  dkaye43@btinternet.com.