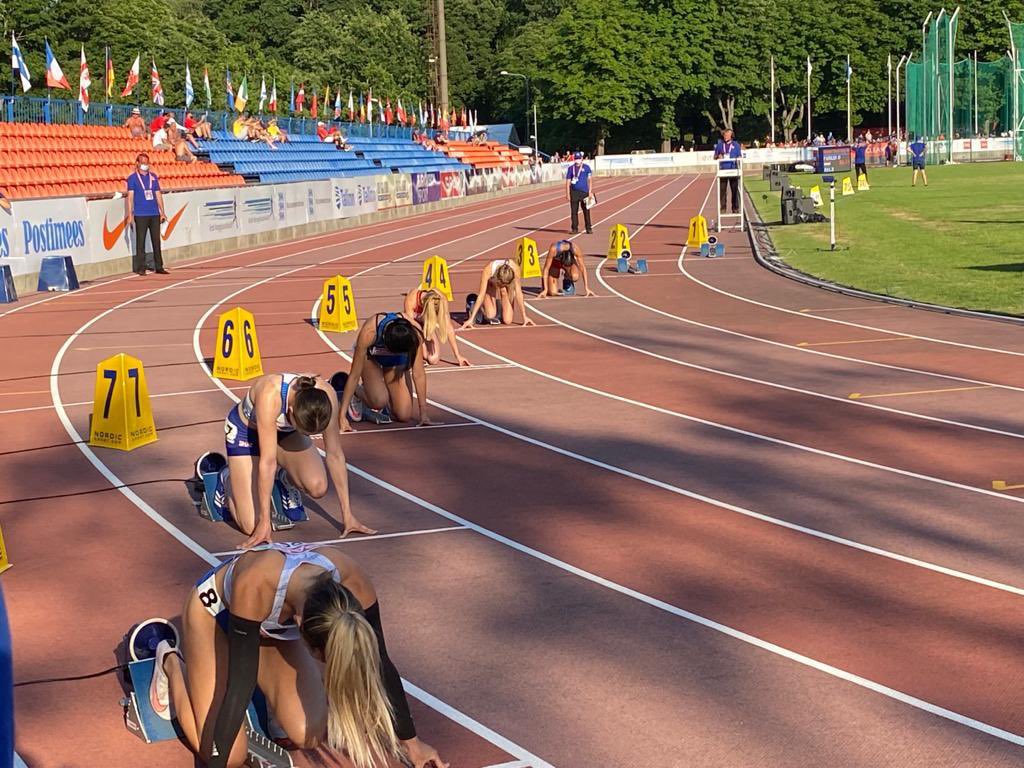 Our Year 12 student, Sophie W, represented Team Great Britain in the 2021 European Athletics U20 Championships last month. Sophie performed outstandingly, breezing through the heats and semi-finals and reaching the final.

1226 athletes travelled to Tallinn, Estonia, to participate in the championships from 15th to 18th July 2021, and record figures streamed the events online.

In June 2021, Mr A Dalton-Bunker attended the British Athletics Championships in Manchester to watch Sophie compete in the 200m sprint. He commented, "It was an honour and a pleasure to watch our super-fast Year 12 student, Sophie W, competing in the women's 200m at the British Athletics Championships in Manchester last month. She performed brilliantly and was unlucky to miss out on a place in the final by just 0.8 seconds. Well done, Sophie!".

We are incredibly proud of Sophie's achievements and wish her the best of luck in her next race.

Back to Latest News